By: Mary Chao of NorthJersey.com

Where’s the most expensive place to live in pricey New Jersey? Alpine, the tony northern Bergen County town where mansions stare down from the heights of the Palisades, is once again in the top spot.

Homes in Alpine’s ZIP code of 07620 have fetched a median sales price of $2 million so far this year, according to PropertyShark. The real estate data provider released its annual ranking Monday of the country’s 100 priciest ZIP codes.

That made Alpine the 58th-most-expensive ZIP code in the nation, according to the rankings, which considered all residential transactions closed between Jan. 1 and Oct. 22. The median price jumped 38% over last year and led the state for the fifth time in a row.

New Jersey, which has seen home prices soar in the pandemic, had three of the top 100 ZIP codes, the highest ever in PropertyShark’s survey.

Sea Girt’s 08750 in Monmouth County was second in the state and No. 70 nationally, with a median closed sale price of $1.89 million, followed by Avalon in Cape May County, which was No. 92 in the nation at $1.67 million. Both shore towns made the national top 100 for the first time this year.

Due to several ties, the ranking includes a total of 127 ZIP codes.

The Jersey Shore dominated the state’s most expensive towns in which to live. But the list also included Short Hills in Essex County, No. 5 in New Jersey, and Englewood Cliffs in Bergen County at No. 9.

Still, New Jersey pales in comparison with California real estate, according to PropertyShark’s data. At nearly $7.5 million, Atherton, Calif.’s 94027, in the San Francisco Bay Area, retained the top spot for the fifth consecutive year. Golden State ZIP codes account for 70% of the priciest housing markets, with 37% concentrated in the Bay Area alone.

For the first time ever, the country’s 10 most expensive ZIP codes all surpassed $4 million in median sale price. Thirty of the 100 top areas featured median prices above $3 million, more than double the number a year ago.

California was home to 89 of the 100 priciest markets in the country; New York was next with 17, followed by Massachusetts (7) Connecticut (4) and New Jersey (3).

“Alpine is extremely desirable to the luxury home buyer due to the large private properties, proximity to New York City, and the ability for children to attend top-rated schools,” he said. 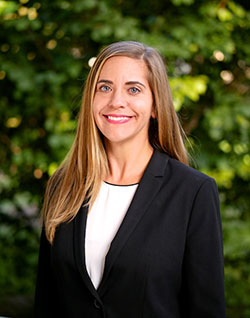